How Canned Fish is Made?

Fish is a perishable product which should be consumed after a serious heat treatment, corning, smoking and conservation. The latter is the only way of a long-term preservation of fish products in a consumable state.

The canned fish production process is very similar to the step-by-step meat canning technology, however, fish has more tender texture and requires a delicate processing. 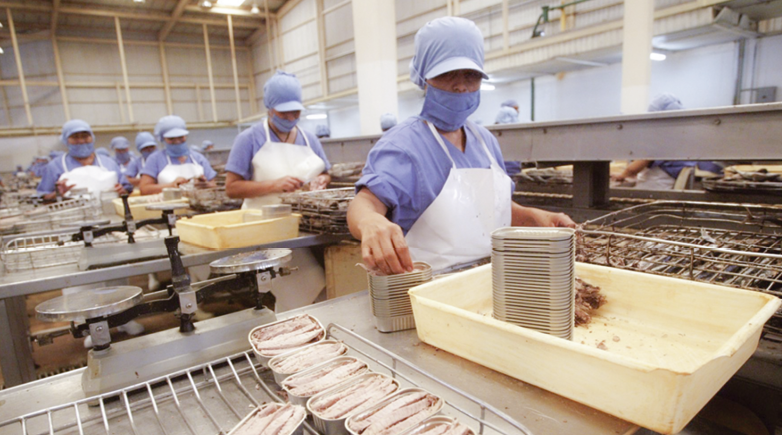 Canned Fish Classification
There are more than 50 methods of canned fish production from various raw materials in the modern food industry. They are made from:

The principle of conservation is general: processing, ingredient dosing, packing in cans and sealing either at a high temperature (sterilization) or without thermal processing (unsterilized semiconserves). The main differences are in the distinctive features of the raw materials, formulations, processing methods and can filling type. Canned fish is divided according to the type of processing into:

According to the type of filling, the canned fish is divided into: in own juice, in oil, tomato sauce, broth, jelly filling (fish with tender meat). The largest production share accounts for the processed fish in tomato sauce (more than 30% of the production) and fish products in oil and own juice (natural) with up to 30%. 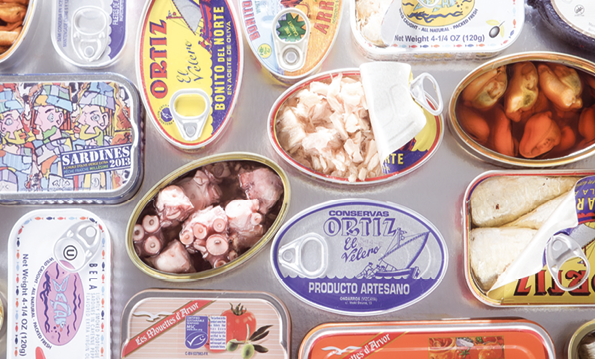 There is a special type of canned fish called semiconserves (canned herring and saury, whole/cut Baltic herring, anchovy, sprat, salmons and fish products) with added vinegar, mustard and mayonnaise sauce, oil, spice-salt filling, fruit sauces. The semiconserves are not heat treated but must be tightly sealed.

The fish conservation process consists of several subsequent steps:
Acceptance and preparation of raw fish. For conservation, manufacturers select fish of the same take and quality (usually first quality). It is delivered to the plant in containers with cold water or ice.

Defrosting and washing in drum devices. The raw fish is defrosted to the temperature close to 0°С in water with a temperature not more than +40°С. After that, the fish is washed in fresh or sea water.

Flensing. The scales are removed using a descaling machine or manual devices. After that, the fins and heads are cut, and the offals are removed from the stomach.

Portioning in disc fish cutters. Each type of fish has its own portion size for tight packing into the can.

Salting. The salting technology depends on the type of fish: raw fish is soaked in salt solution (up to 22%). Salt is added with the filling sauce or poured in each can during packing. The larger the fish pieces are and the lower the temperature is, the more salt it requires.

Drying. Before the fish is processed, the excess pickle and water need to be removed because they can hinder the proper crumb coating. That’s why it is placed on dripping pans or special nets and left there for some time.

Crumb coating. Fish pieces are rolled in flour and left for up to 5 minutes. This way the flour will swell and harden. During the frying, this layer forms a crust which adds a delicious taste and flavour to the product.
Frying. Fish is fried in oil using steam-oil ovens at a temperature of up to 160°С. This is the optimal temperature for a fast and quality frying. The fish is covered with a tender and delicious crust, it does not get too much dry, burned and doesn’t fall apart. Up to 20% of the fish weight is fried, the meat acquires a special taste and increases its calorific value.
Cooling. After frying, the fish is placed on pans, loaded into ventilated chambers and slowly cooled to 40°С. This process allows removing excess water from the fish and keeping the density and firmness of the meat.
Packing in cans. At this stage, the natural canned fish is loaded into the filling machine which sorts the fish into equal portions and packs it into cans. After that, a certain amount of salt and sauce is added at the temperature of up to 85°С (exhaustion). Certain types of luncheon canned fish require manual packing into cans.
Sealing and sterilization. At the last stage, the cans are sealed in a vacuum closing machine and sent to an autoclave where they are thermally treated at the temperature of up to 120°С. After that, they are submersed in hot alkaline solution for fat residue removal, visually inspected, placed in storage containers and sent to the warehouse. In warehouses, a specific microclimatic regime is maintained (0—15°С and up to 75% of air humidity). Important note: not more than half an hour should pass between the moment of canned fish filling and the sealing.
The production of luncheon sardines requires an additional blanching – heat treatment in boiling water, hot steam or oil. The blanching makes the fish juicier. Certain conservation recipes include drying in special dryers or smokers (drying and cooking firing with hot/cold air) for moisture removal from the fish and improving its texture.
After the blanching, the fish which should be covered in oil, can be smoked with the use of firewood. The smoking mode is individual for each type of fish. After the smoking, the fish is cooled and sent for packing.
The choice of processing equipment for canned fish depends on fish type and size, conservation type and meal recipe, the need for deep processing of raw fish and additional ingredients.
Source: www.fishretail.ru