Prior to the Ishida installation, the company used static weighing by hand, with the worker having to make quick decisions as to which two fillets to allocate to a pack. This was slow and also resulted in significant overweight. With a speed of 30 packs per minute, the new system can now deliver up to nine tonnes of packaged fish per two-shift day. More importantly, the reduction in giveaway has enabled it to pay for itself within two years of installation.

Deutsche See’s Gourmet range comprises fish pieces, such as salmon, cod and snapper, each weighing between 155 g and 175 g.  The classic multihead weigher is therefore not an appropriate solution since if even two pieces got into any one weighing hopper the contents could not be used to achieve an accurate weighment.  An additional challenge was the difficulty of moving large pieces of fresh fish across metal surfaces to which they have a tendency to cling. 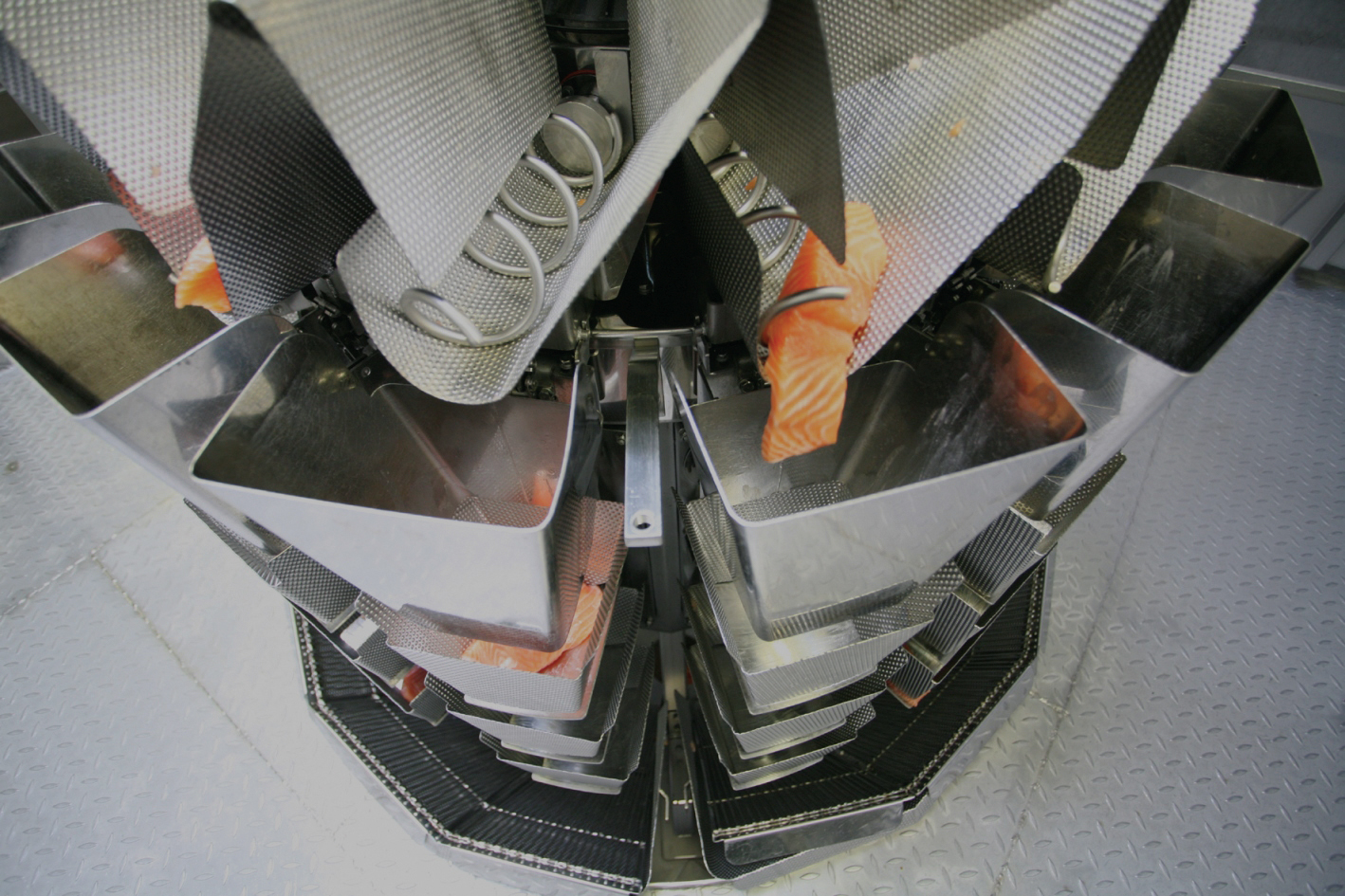 The Ishida solution was to design a complete integrated packing line based around a special 14-head screwfeeder weigher with scraper hoppers that uses rotating metal spirals to gently propel the sticky but fragile fillets into the hoppers.

The challenge of getting single fillets into as many weigh hoppers as possible, and preventing any weigh hopper from containing more than one fillet at a time was met by combining three different approaches.

The fillets are moved by a segmented conveyor (with operators placing one fillet in each compartment) to the top of the weigher, where they are transferred to a rotating funnel that deposits the fillets, one at a time, into the screwfeeder troughs.  A load cell (weight sensor) in each of the pool hoppers then senses when a fillet has arrived and temporarily switches off the rotating screw in the corresponding trough until its contents have been passed either to a weigh hopper or to one of the booster hoppers (hoppers that store product that has already been weighed) located directly underneath the weigh hoppers.

The presence of 14 booster hoppers means that at each weighment the on-board computer has up to 28 different fillets to choose from, ensuring that a combination very close to the target weight will be found. Accuracy is further enhanced by Ishida’s unique Anti Floor Vibration system, which samples ambient factory vibration and automatically adjusts the weigh signal to cancel it out.

The ascending conveyor is equipped with special drip trays to ensure that liquids and product fragments generated during processing do not enter the weigher.

The geometry of the embossed metal surfaces onto which each fillet is dropped by the rotating funnel is designed so that each fillet arrives at the screw already moving in the same direction as the screw itself. This encourages a gentle, non-crushing forward motion towards the hoppers.

The design of the scraper gates on the hoppers, with a grill made up of rounded bars, ensures that only parts of each fillet are in contact with the surface of the gate to avoid sticking.

The fillets are collected in a timing hopper which enables complete weighments to be dropped into the same section of a short segmented conveyor. This delivers them to operators who place them by hand into twin thermoformed trays which are sealed under a modified atmosphere, labelled and deep frozen.

“Extensive tests were run to choose screws that are best suited for handling our fish fillets” says Deutsche See Technical Manager Bernd Schröder.  “Ishida have been faithfully at our side all along.  The technical support has been excellent.” 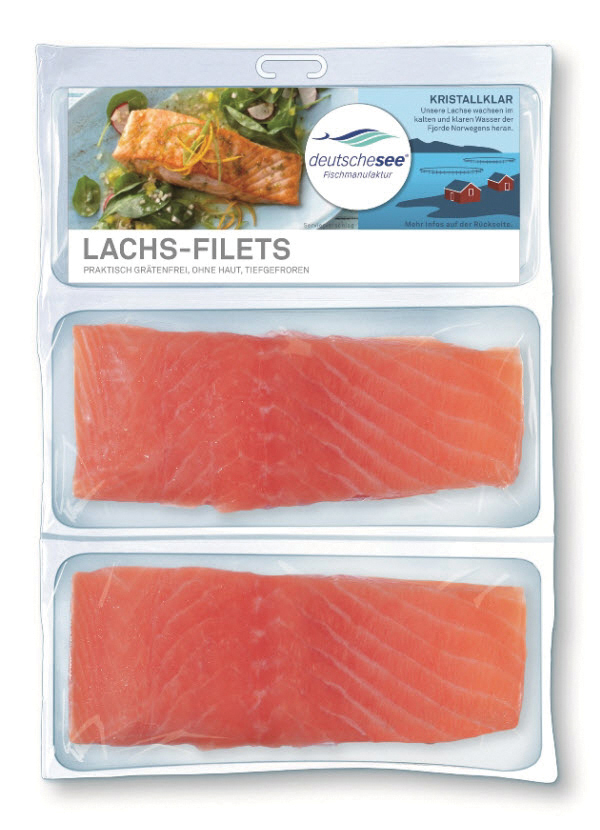