A meeting about fish farming development was held under the authority of the Prime Minister of Armenia – Ovika Abramyan. Representatives of fish farming enterprises and departments interested in this business attended the meeting.

As it has been reported in the press-service of the Government of Armenia, the Prime Minister noted the importance of the implementation of programmes aimed at developing fish farming as this industry has a great potential for export.

Armenian Minister of Agriculture Sergo Karapetyan reported that fish production recorded an increase of about 30% in recent years and it also contributed to the growth of exports. In particular, export increased by 30% in the first nine months of this year compared with the same period last year.

The minister said that Armenia has great potential for firsh farming development and  a new pilot program for the introduction of a new system in this area with the support of the Food and Agriculture Organization of the United Nations will be implemented in near future. 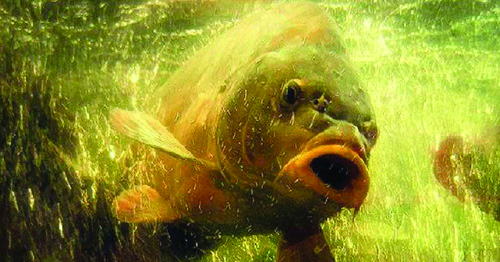 2014-12-01
Previous Post: “RUSGRAIN” IS PLANNING TO INVEST 2 BILLION ROUBLES IN POULTRY FARMING DEVELOPMENT IN THE REPUBLIC OF BASHKORTOSTAN (ALSO KNOWN AS BASHKIRIA)
Next Post: ERIC BRUNNER IS THE NEW MAJA SALES MANAGER FOR EASTERN EUROPE AND RUSSIA