A French seafood packer has installed an Ishida X-ray inspection system to monitor frozen scallops before they enter the packing process. Aside from its contribution to quality control, the new system is seen as an important marketing tool because of the reassurance it provides to customers. 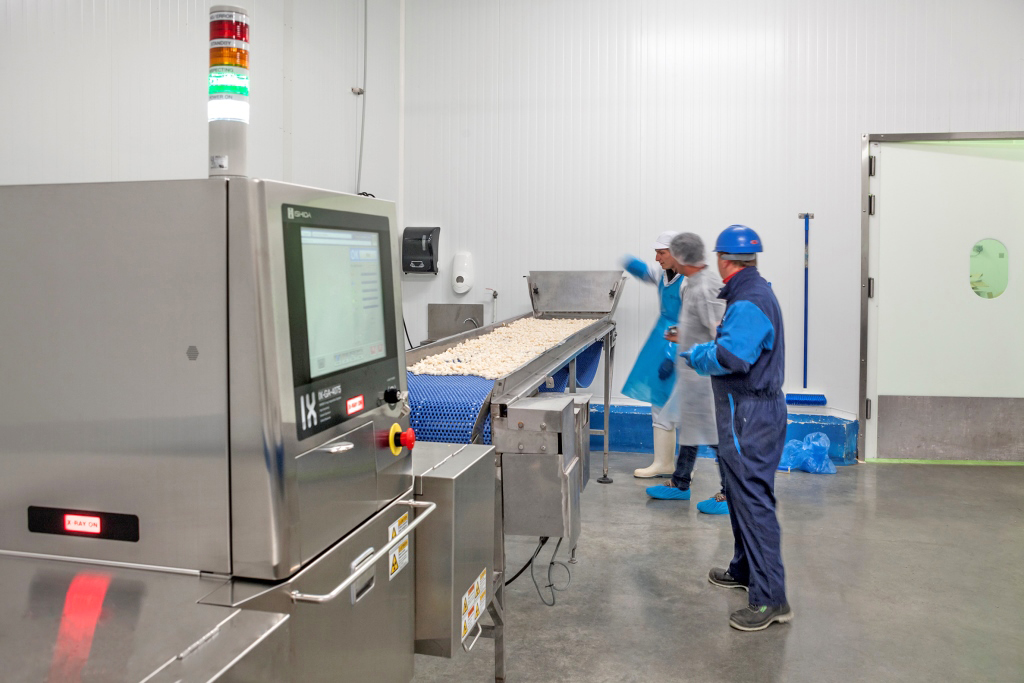 Packopale, based at Boulogne-sur-Mer, packs up to 8,000 tonnes of frozen seafood annually. Frozen scallops, which account for about one third of its production, are caught, shelled, eviscerated and washed in Canada or Argentina, then frozen for their transatlantic journey. By the time they arrive at Packopale (via a refrigerated tunnel from Norfrigo, the associated company next door) they will therefore be largely free of shell fragments and of grit from the sea floor.

The incorporation of an Ishida IX-GA-4075 high-performance X-ray inspection system into their process has now enabled Packopale to introduce a new level of certainty for its customers, who already have the reassurance of bacteriological monitoring before and after packing.

In addition to grit and shell, the IX-GA-4075 is also capable of detecting, at very low levels, much rarer contaminants such as steel, aluminum, tin, glass, stones, hard rubber, plastic and bone.

This arrangement means that the location of any foreign matter can immediately be narrowed down to one of the four channels. The contents of the contaminated channel can then be diverted while the other three carry on, so that the volume of scallops rejected is limited and overall production is not halted.

Packopale handles all aspects of seafood packing, including cutting, weighing, bagging and labelling, and continuously seeks to improve the services it offers its customers, which include France’s top supermarkets and wholesalers.

The company has made considerable investments in plant and machinery in recent years, including the recent installation of an Ishida multihead weigher to prepare seafood cocktail, one of its signature products. The 20-head machine takes four separate infeeds (shrimp, scallops, kalamari and mussels) and delivers very accurately balanced 500 g and 1 kg weighments at 40 packs per minute.

“My objective with this X-ray inspection system was to reassure my current customers and to take market share from the competition by offering an additional level of security,” he explains.