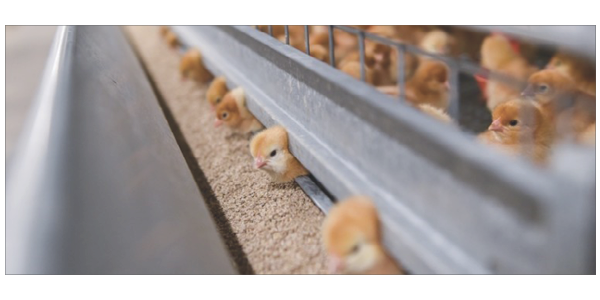 THE CONSTRUCTION WORKS ARE PLANNED TO START NEXT YEAR

In 2018, the Iranian company “Payvand Group” plans to start building a poultry production plant, feed stuff plant, plants for the production of aquaculture and agricultural crops in Astrakhan Oblast. This was reported to TASS on Monday by a representative of the company.

“The land for the poultry production plant in Volodarsky District of Astrakhan Oblast has been already purchased. It is about 450 hectares plus the rented land of approximately 50 hectares. We are currently fencing the territory, the construction workers started working. However, the main construction works for building the facilities will start in the first quarter of 2018,” the company’s representative said.

According to him, they planned to start building one of the facilities – the plant for feed stuff production – before the end of this year, however, they had to change their plans due to financing delays. “We received the money a little later than expected. We were late for the season, so we had to change our plans. However, in 2018, we will probably start building several facilities at once,” the company explained.

In December, 2015, “Payvand Group”, the leading agricultural company in Mazandaran Province of Iran, and the administration of Astrakhan Oblast signed an agreement on building a poultry plant in Volodarsky District. The investor plans to create a closed production cycle with the capacity of 3.6 ths tonnes of poultry per year.

The new complex will include a feed stuff production plant, poultry houses for broiler chickens brought from Iran, incubator plant for day-olds, facilities for broiler chicken growing, a slaughterhouse, refrigerated warehouses and a fish pond. The project investments will be approx. 850 mln rubles.